Medical Evacuation Coverage Can Save Your Life—And Your Savings 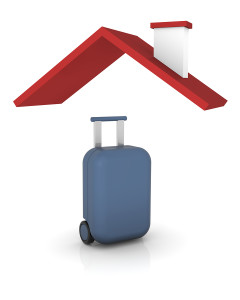 When retired ski instructor Larry Humm hit the slopes in Vermont with his wife and his friends last year he had never suffered a skiing injury. That day, however, something went wrong. “I read a ridge in the terrain wrong and got sucked into soft, deep snow and before I could make necessary corrections I had hit a tree. It was not pretty,” said Larry.

“The Ski Patrol stabilized my body (with possible neck injuries) and took me to the bottom of the mountain where I was transported by ground ambulance to the helicopter pad at Jackson Gore and from there I was flown to Dartmouth Medical Center in Lebanon, New Hampshire and admitted to the trauma Intensive Care Unit.”

“After surgery and almost two weeks in the hospital (broken leg, fractured ribs, punctured lung, crushed hand, cracked skull and 3 fractured spinal vertebra), I was ready to be transferred to a rehab unit. Since I faced at least three weeks of in-hospital rehab, we really needed to get back home. I had to be transported 365 miles by ground ambulance to Strong Memorial Hospital in Rochester, New York to get me closer to our home, our doctors and the rehab facility.”

“The quick evacuation by helicopter probably helped in saving my life, and the transfer back home after the intensive care made it possible to rehab near our home. SkyMed made and paid for transportation arrangements that would have been very difficult for us to handle under difficult circumstances.”

A critical injury (or injuries) such as this can happen in the blink of an eye, one day or ten days into your getaway—even if you’re just a few hundred miles away from home. Just ask Larry Humm. There’s no doubt the expenses incurred can be devastating to your budget and even more so when you travel abroad. When you balance the costs and the angst of an emergency situation without support against the price of coverage, there is no disputing you’ll come out on top every single time.

Consider the case of Gilbert Molnar, who was cruising with his family near Cozumel, Mexico, when he had a heart attack. One ambulance ride and a $25,000 asking fee at the Cozumel Medical Center later, his son-in-law was on the phone to SkyMed. Once Member Services came into play, they got all the ducks in a row and had Gilbert and his wife on a medevac jet direct from Mexico across the United States up to Vancouver, Canada, where his doctors were waiting to operate.

“We are eternally grateful to SkyMed and their team because they not only saved my life, they saved us financially—over $46,000!” said Molnar. “We are delighted with their services because they took care of everything and we will never travel without SkyMed. We had a five-year policy and renewed for another five years because overall, and especially cost-wise, it’s just a no-brainer!”

Most everyday insurance includes some sort of worldwide medical coverage, but in most cases it’s woefully inadequate—especially when a foreign clinic demands payment up front before treatment—and rarely includes medical repatriation. And while some travel insurance policies include some sort of medical evacuation provision, again, repatriation to your home hospital is key, especially if your vacation destination is of the Third World variety.

Even if you wish to forego other types of travel insurance when you’re traveling domestically or abroad, truth is medical evacuation coverage can save your life—and your savings.

To quote a very famous credit card ad: “Don’t leave home without it.”