“I Don’t Travel Abroad: Why Do I Need A Medevac Membership?”

Posted on September 2, 2020 by Lydia Gregory 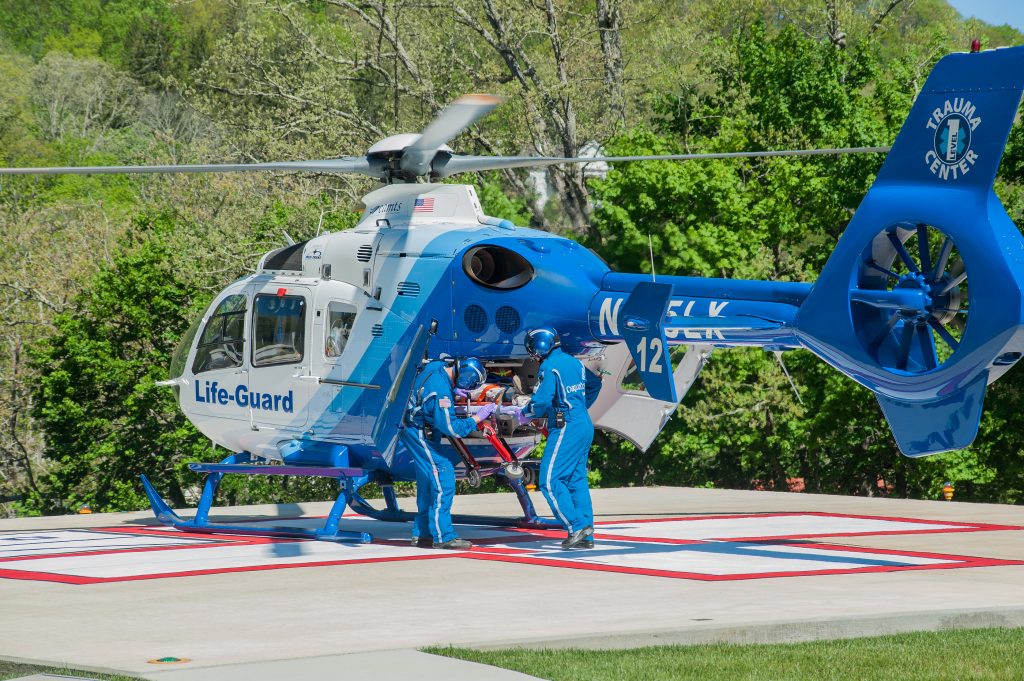 “We were traveling to visit our daughter and her family in Atlanta, Georgia. As we left the airport in a rental car we were involved in an accident, which resulted in our hitting the median wall and totaling the rental car,” recalls SkyMed Member Ron Byers. “We were transported by ambulance to Grady Memorial Hospital in downtown Atlanta.” Both were given a battery of tests, which showed that Jan had sustained several serious injuries, while Ron had only minor bruising. After 24 hours in the trauma center, Jan received surgical repair to the injury to her left leg and was transferred to ICU. Ron was discharged.

“We learned the extent of Jan’s injuries upon visiting the ICU,” said Ron. She had a fracture of the right ankle, right clavicle, the sternum, the left leg just below the knee (that was surgically repaired), and several compression fractures in the lumbar region. “It was apparent that rehabilitation would be a lengthy process. We decided that traveling to our home in Colorado would best meet our needs for rehabilitation rather than returning to our winter home in Arizona. So we called SkyMed and reported the accident and our need to return to Colorado.”

Once Jan was deemed “fit to fly” by the hospital, SkyMed sprang into action.  When Ron arrived, at Jan’s bedside the next morning, the ambulance crew was there preparing her for transport. “Three hours later we arrived at our home airport and the waiting ambulance transferred Jan to the Northern Colorado Medical Center,” said Ron. SkyMed also covered the transportation to Arizona for Ron and the couple’s son to bring their RV and car back to Colorado.

Should you suffer a critical injury or illness close to home—or even a serious flare up of your existing condition while you’re visiting your sister a couple hundred miles away—you’ll want to get to your hospital of choice ASAP. Many times a helicopter is the quickest way there: they fly point-to-point, minimizing the distance traveled and avoiding any traffic delays.

In case you thought stories like the Byers’ is one in a million, the numbers of domestic air transports are, in fact, quite significant. According to The Association of Air Medical Services, there are an estimated 400,000 rotor wing transports annually, with an additional 150,000 patients flown by fixed wing aircraft each year–and that’s just in the US!

The use of medically equipped aircraft has become an integral part of the health care system. Used appropriately, air medical transport can save lives and reduce the cost of healthcare—not only does it minimize the time the critically ill or injured patient spends outside of the hospital, but when the victim is a member of a company like SkyMed, he or she is also transported to their hospital of choice, eliminating sky-high out-of-network costs.

The growing use of air medicine is also due to several other factors: an aging demographic, which brings with it an increased occurrence of “time-dependent” diseases such as heart attacks, stroke and surgical emergencies such as gastrointestinal bleeding; the nation-wide closure of emergency departments in community hospitals, making these rural areas more dependent on air medicine as a safety net; and the development of the Critical Access Hospital program by the Centers for Medicare and Medicaid Services, which reduces beds, shortens the average length of stays in hospitals and leads to a concurrent need to transfer complex patients to distant trauma and tertiary care centers.

An air medical transport, however, does not come cheap (not to mention it’s cash before boarding). And to be clear, your traditional health insurance rarely—if ever—covers an emergency medical air evacuation. If there was ever a case of “better to have it and not need it, than to need it and not have it,” this is it.

It’s important to point out SkyMed’s “not medically necessary” benefit for transport, which means even if you can be treated perfectly well where you are first hospitalized, they will still take you to the hospital of your choice. Many companies offer a variety of assistance and emergency medical evacuation memberships, but not all programs are created equal. (SkyMed’s goal is to be the best and they put their Member Service Agreements online and use a magnifying glass to encourage consumers to read the fine print of competitor services.)

Still curious as to why would you need a medevac membership even if you don’t travel abroad? Visit our website or drop us a line at info@skymed.com. Because when a medical emergency occurs—near or far—you’ll either be happy you have SkyMed or you’ll wish you did!