Best Places In The World For Fall Foliage

By fall the air has turned cool and crisp (at least in most places) and the nights are starry and bright… If you’re a road warrior you’ll no doubt know that some of the best places for fall foliage are found right here in the USA—but you’d be surprised at some of the spots we found around the globe that have an amazing mix of color, history and architecture, making them “musts” for lovers of the turning leaves. 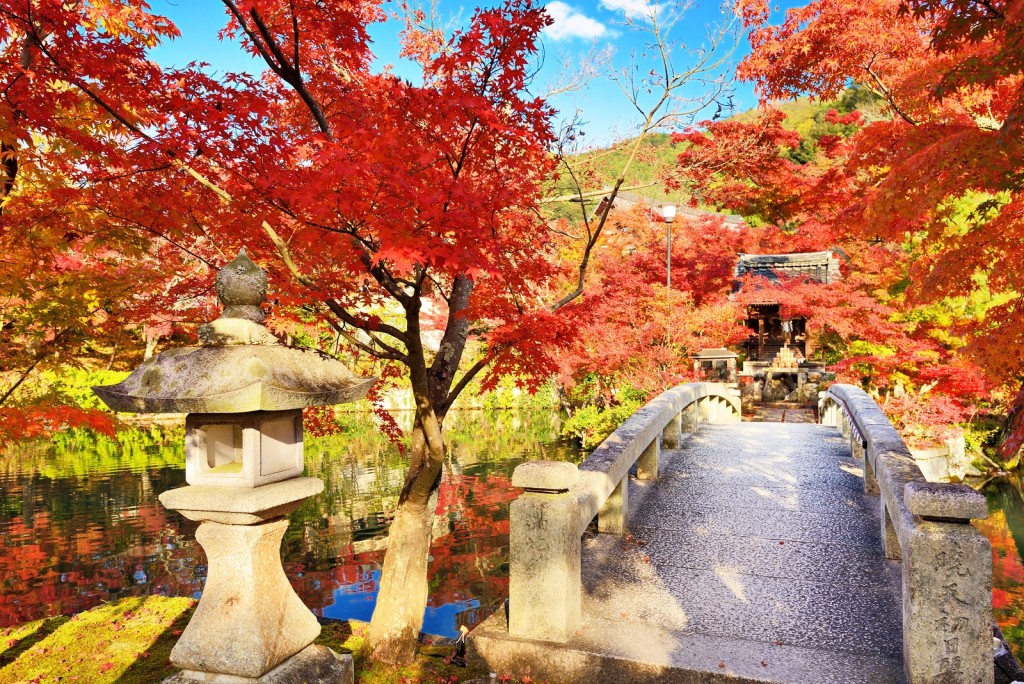 You may have heard of Japanese cherry blossoms in the spring, but the viewing of autumn leaves—known as koyo—is also a very popular activity in this island nation. The leaves begin to change in mid-September, starting in the northern island of Hokkaido and reaching central and southern Japan at the end of November. The brilliant colors in Kyoto sometimes remain all the way through into early December. 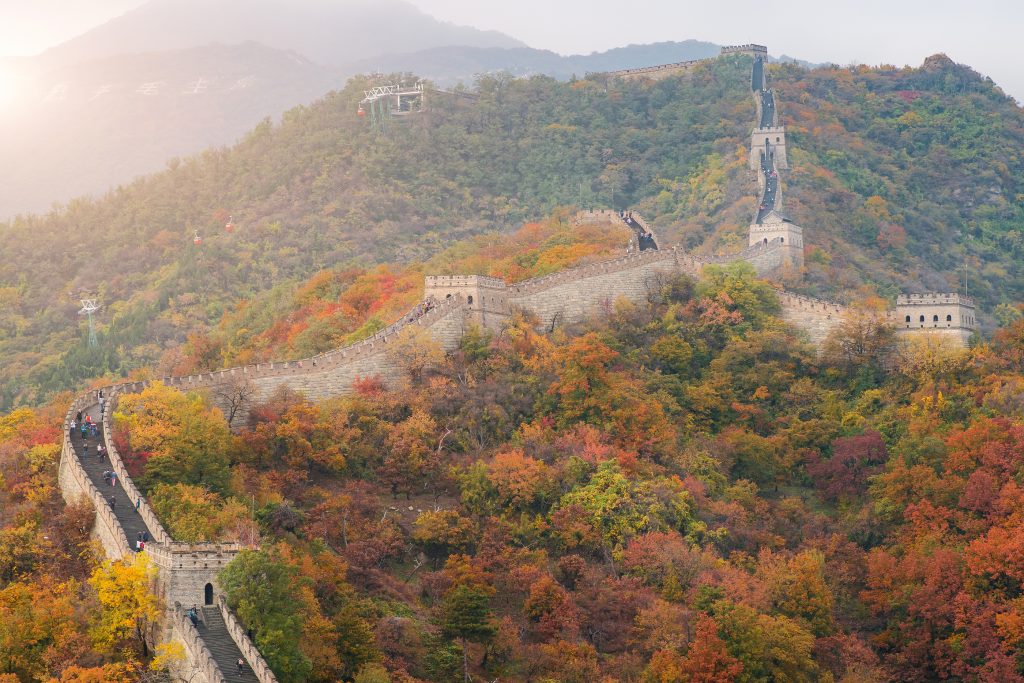 The Great Wall of China—at 4,000 feet, it’s the longest manmade project on earth—is a stunning sight any time of year, but the rich autumn colors create an even more striking contrast with the ancient battlements. Trees line much of its length, so during the fall hikers can enjoy a long, uninterrupted line of yellow and red. Chinese autumns are generally dry and mild, making it a great time to visit. It’s also the time of the Mid-Autumn Festival in September or October (it’s celebrated according to the Chinese calendar), the second largest festival in the country after the Spring Festival. 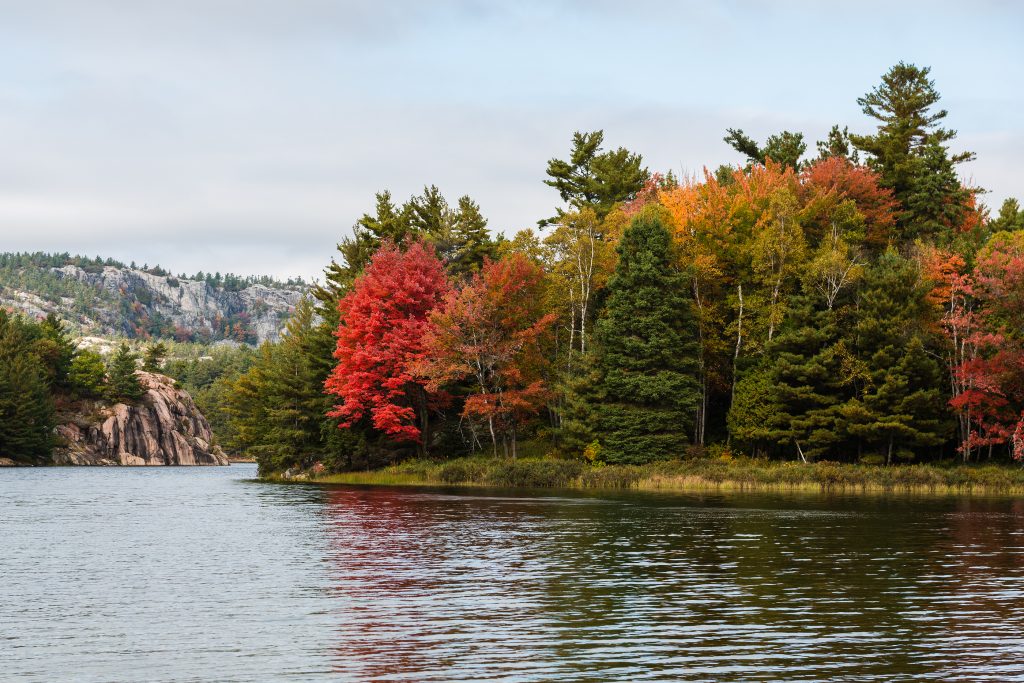 Primarily a wilderness park, this untouched wilderness is one of the crown jewels of the Ontario Park system—and with good reason. The landscape showcases the wild Georgian Bay Coast of pink granite, the white quartzite ridges of the La Cloche Mountains and over 50 crystal-clear blue lakes. In autumn the jack pines punctuate an endless forest of oranges, yellows and reds. (P.S. Yurt accommodations are available year-round!) 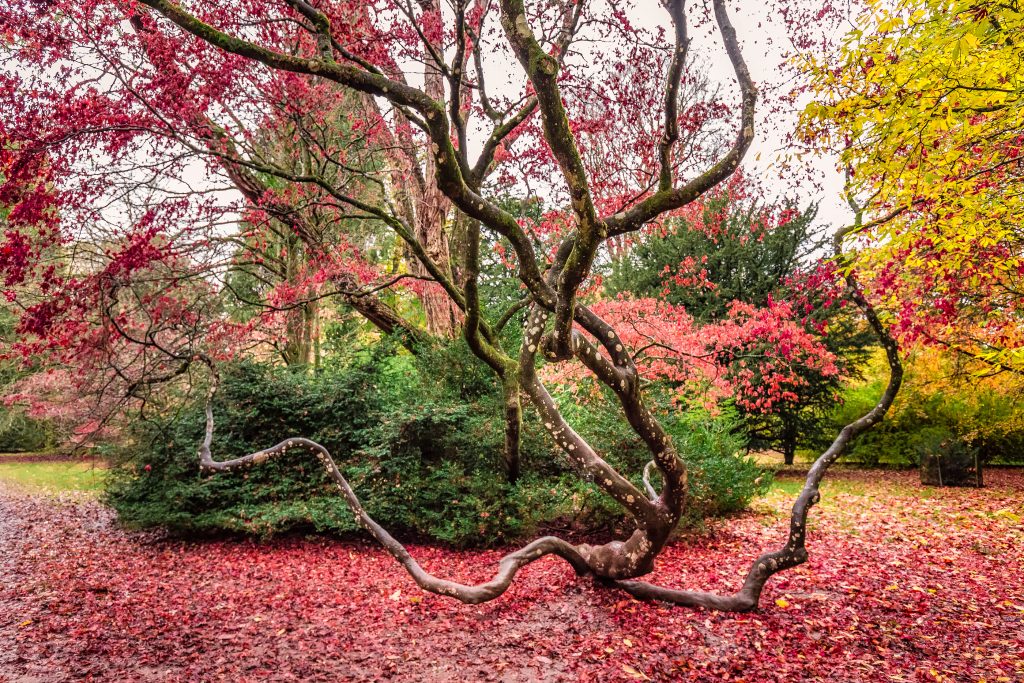 One of the most important and widely known arboretums in the UK, Westonbirt was planted in the mid-19th century to accommodate the Victorian rage for plant hunting. It boasts one of the finest tree collections in the world, and was carefully laid out over some 600 acres. There are two main areas: the Old Arboretum with its collection of rare and exotic trees from around the world and dates back to the 1850s, and Silk Wood, which also contains exotic plantings but is also a traditional working woodland dating back to the 13th century. The autumn colors are so striking there are a whole host of events held during the months of October, November and December. 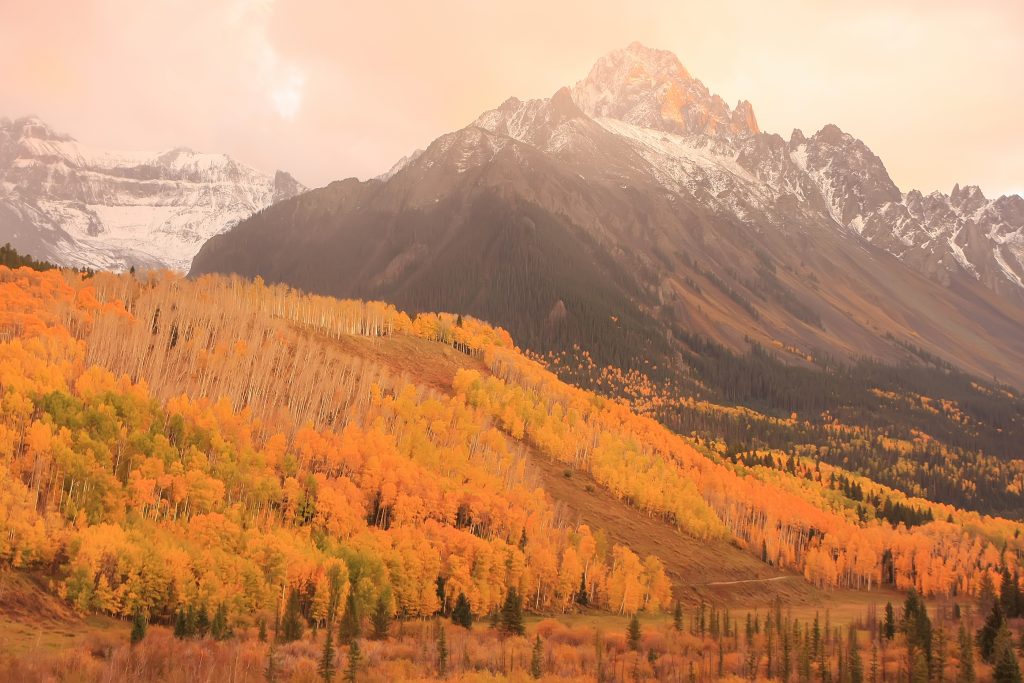 We tried but we couldn’t resist: we had to include Colorado (I mean, there’s a reason they call it “Colorful Colorado”). Actually, it was a hard choice, because the USA really does have more than its fair share of fall foliage beauties. Mount Sneffels Wilderness is home to a 14,000-foot peak in the Northern San Juan Mountains and covers 16,587 acres on the Uncompahgre National Forest near Telluride, Ridgway and Ouray. Sometimes called America’s Switzerland, it has a dramatic beauty you’ll not soon forget.

Headed out to catch some fall foliage? Don’t forget to take your SkyMed membership along for the ride!