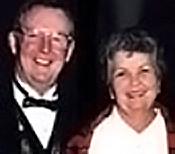 Gordon and Connie Adams were cruising aboard the QE2 when SkyMed received a distress call from the ship’s doctor. Mr. Adams had suffered a critical illness due to elevated blood pressure while the QE2 was at sea, the day before the ship was to dock in Acapulco, Mexico. By the time the they docked, SkyMed had an ambulance waiting to take Mr. & Mrs. Adams to an awaiting medically-equipped jet for their transfer home to their personal health providers in Olympia, Washington.

Dorothy Howell, SkyMed’s Client Services Director, said, “some of our members are unaware of the totality of SkyMed’s services. Mrs. Howell pointed out that SkyMed’s service is 24 hours a day, 365 days a year and it doesn’t matter by what means you are traveling as long as a SkyMed member is more than 100 miles from home. The Adams were 3,500 miles from their Olympia home! Can you imagine facing this crisis without SkyMed?”

Connie Adams said, “The doctor on board QE2 was extremely impressed with SkyMed’s service and we are extremely grateful. Most important, our daughter was kept abreast of our progressall the way back to Olympia.”

Mrs. Adams went on to say that Gordon was treated very well: “The medical crew had stabilized his blood pressure making it a pretty smooth trip to Olympia.”

When asked if SkyMed could improve its service, Mrs. Adams replied, “I can’t think of anything. I’ve recommended SkyMed to all of our friends”.