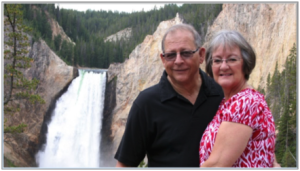 During the summer of 2014 we were working at Bridge Bay Campground in Yellowstone National Park in Wyoming. In early August, after two days of having a stomach ache, I began vomiting in the middle of the night. My wife was very concerned and consulted a retired nurse in the campground as to what she thought it might be. She told Judy emphatically to take me immediately to the clinic at Lake Village, two miles from our campground site. The clinic blood tests and an EKG showed abnormal readings and detected a possible heart murmur.

After consulting a physician at another facility it was determined I may have been having a “cardiac event” and the nearest hospitals that could facilitate cardiac problems were at least three hours away by car. We were informed that a life flight air ambulance (helicopter) was needed and my wife immediately contacted SkyMed for pre-approval. I was flown to Eastern Idaho Regional Medical Center which was a 50-minute flight. Thankfully, I did NOT have a cardiac event but rather a severe gastro intestinal problem with symptoms similar to a heart attack.

How did you find out about SkyMed and why did you choose SkyMed?  My wife, Judy, is the recreation director at Thousand Trails Peace River RV Resort in Wauchula, Florida, and she had heard a couple of Rob Krajicek’s SkyMed presentations during the 2013-2014 winter season. She asked me to sit in on one as she felt we may need this service since we’re full-time RVers and after hearing Rob’s presentation I agreed with her and we signed on.

What would you tell your friends about your experience with SkyMed?  Our experience was awesome and well worth the money. Before we ever needed this service it was (and still is) very comforting to know that the emergency transportation is covered no matter what the cost. We didn’t have to pay a single penny! 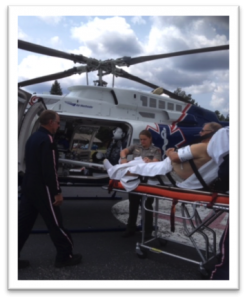