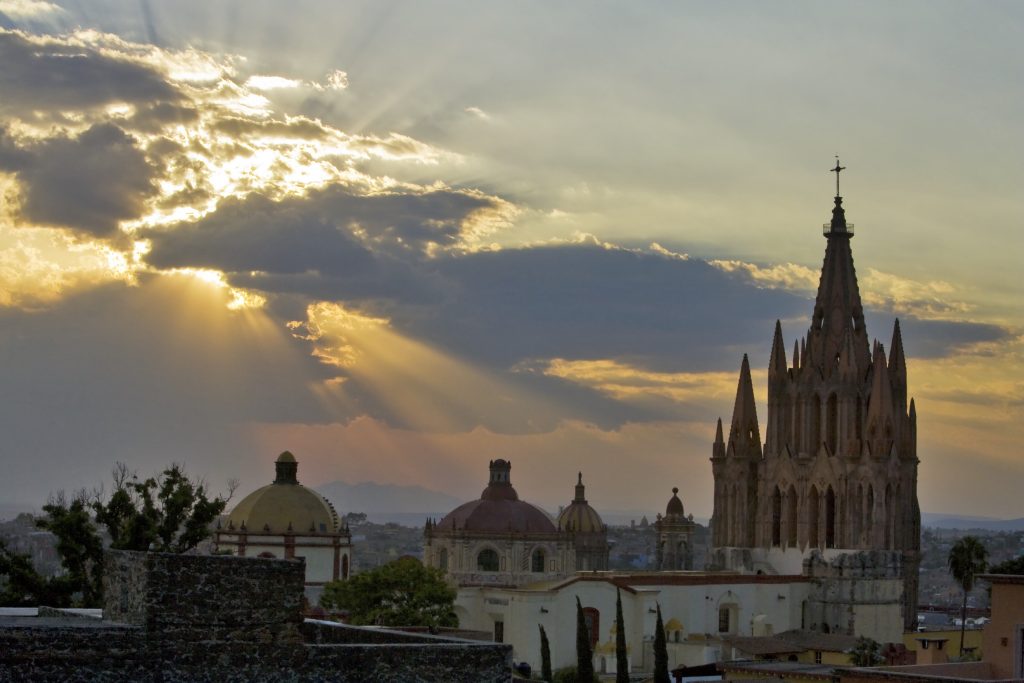 For many American tourists, Mexico is, and always will be, defined by its beach resorts. But there’s much, much more to Mexico than sand and sea. There’s a rich history melded together by the Spanish conquerors and the indigenous peoples… and you’ll find precious little of it at the beach. The truth is, you’ll need to step deep into the heart of Mexico to really begin to discover and appreciate the soul of the country.

Central Mexico is filled with colonial treasures, and two of the most alluring are the cities of Guanajuato (gwah-na-whah-toh) and San Miguel de Allende. Looking on a map, you’ll find them northwest of Mexico City and just southeast of the city of Leon. If your gateway is Leon, you’ll be an hour from Guanajuato, and if you leave from Mexico City, you’ll have a very pleasant four-hour deluxe bus ride to either city (no, really: first-class busses come with fully reclinable seats, personal video monitors and even lunch!) The cities, though only an hour apart, offer completely different opportunities for travelers. Each is unique with its own personality, charm, and style. 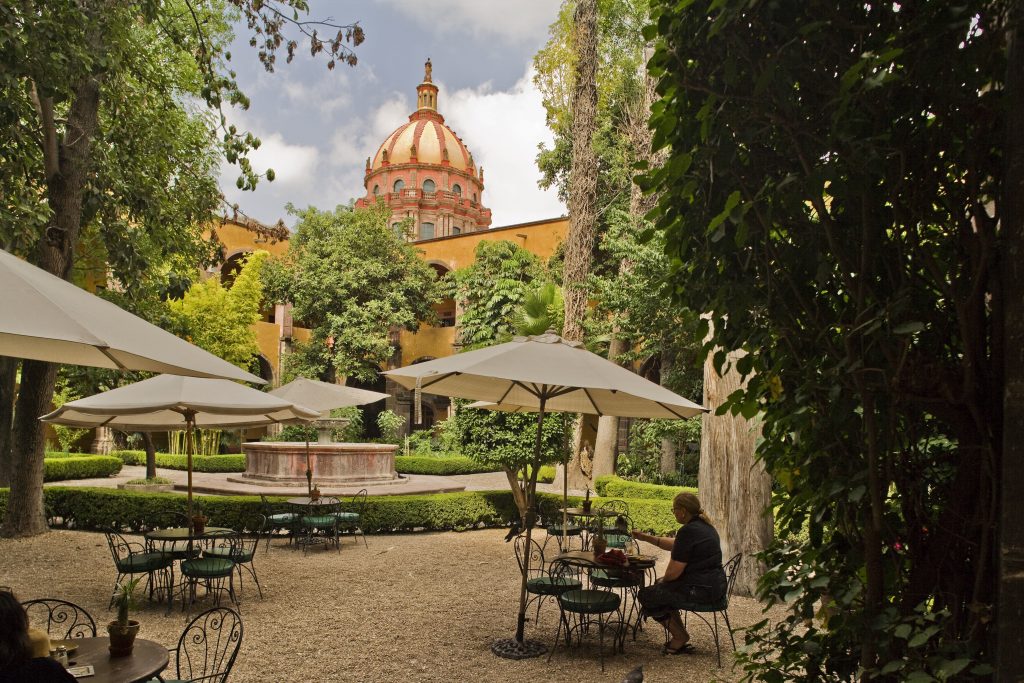 San Miguel de Allende is a wonderfully eclectic and mesmerizing city has one of the largest populations of Americans living in Mexico. It has the unique ability to maintain all of its historic grandeur while thriving as a cosmopolitan art community. In 1951, the founding of the Instituto Allende, dedicated to the study of all forms of art (and considered the largest school of fine arts in Latin America for English-speaking students), established San Miguel as a city devoted to creativity.

Local musicians pepper San Miguel’s shady town square in the shadow of the beautiful La Parroquia church. A European postcard inspired its builder, bringing to life Mexico’s version of a gothic cathedral. The narrow cobblestone streets keep things intimate while the galleries and shops are bustling with visitors interested in original works and regional handicrafts.

Nearly everything is within walking distance and a self-directed walking tour takes you past countless cozy restaurants, fantastic inns, and small hotels. If you’re just beginning to explore Mexico’s colonial cities, this is a good place to start. Safe, popular, and filled with plenty of Americans and English speakers, you’ll adore San Miguel. 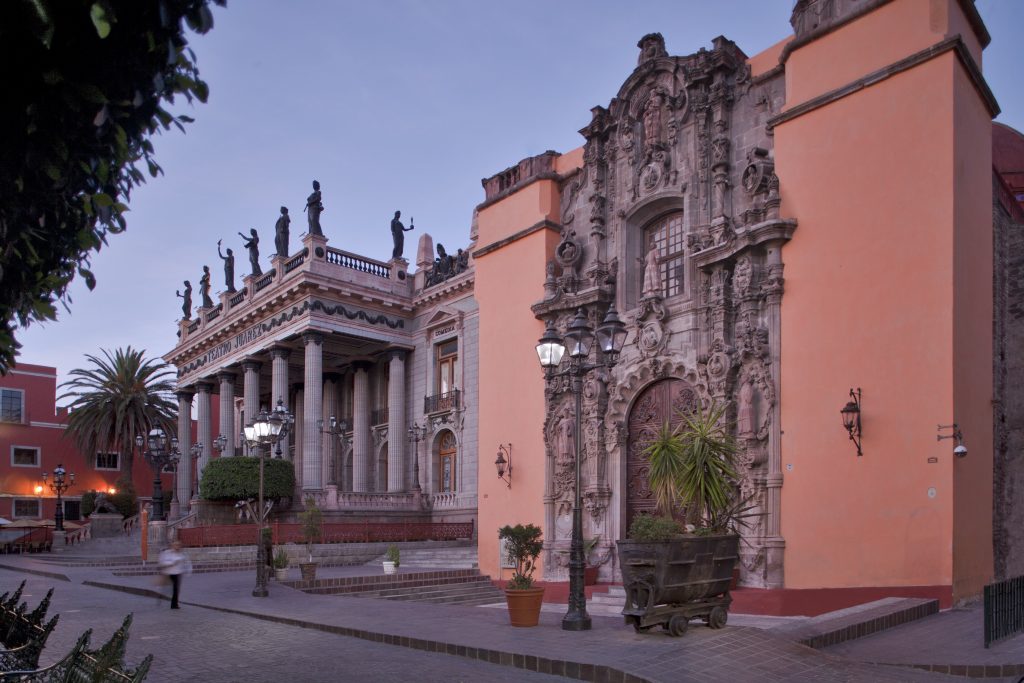 Guanajuato, on the other hand, is still waiting to be discovered. You won’t find many Americans here, but you’ll be glad you came. This town is so magical that it’s difficult to describe in words. It has mysticism and charm only rivaled by the small Italian villages in Tuscany or the Andalusian cities in southern Spain. Founded in 1557 as a silver mining town, Guanajuato is built over a maze of unusual subterranean street systems. Once used as control channels for floodwaters, the roads twist and turn through stone-arched tunnels that bring you to the surface in various locations throughout the city.

Above ground, you’ll find one of the most picturesque and colorful displays of architecture anywhere in the world. Splashes of bright greens, blues, and yellows give the perfectly preserved buildings a storybook quality. A labyrinth of tiny streets, alleyways, and steep stairwells cover the hillsides. This feels much more like a medieval village than a colonial city. If you’re into photography, you’ll be in heaven!

At the city center is the Jardin de Union. Cafes, shops, colonial buildings, and the Teatro Juárez encircle this pristine V-shaped plaza. (Constructed from 1873 to 1903, the Juarez Theater is a beautiful combination of Doric, French, and Moorish architecture.) Also, a very safe city, exploring on foot is the best way to appreciate the multitude of sites. First-time visitors may want to hire a guide as some of Guanajuato’s treasures may be rather complicated to find within the city’s layout. From churches to fortresses and museums to national monuments, Guanajuato is a real gem.

The Ex-Pat Life and SkyMed 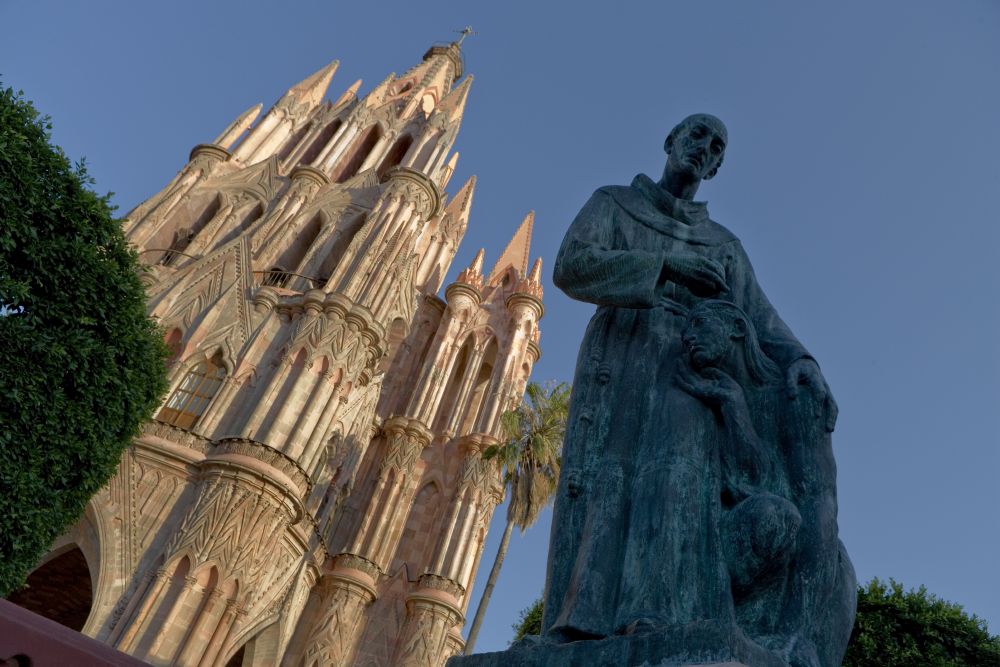 There are a fair number of US and Canadian ex-pats living in Mexico’s colonial cities—stay tuned for a look at Ajijic and Lake Chapala, a favorite about an hour from the metropolis of Guadalajara. Many of them are SkyMed Members. So many, in fact, that a few years ago SkyMed created a complete XPat Plan that takes them back to their home hospital in the United States or Canada in case of a critical illness or injury. You’ll find numerous examples of services we’ve provided over the years by visiting our blog and entering “survivor stories” in the search bar.

The SkyMed XPat Membership Plan provides additional services for Members who are citizens of the US or Canada and live more than 181 days (6 cumulative months) in any twelve (12) consecutive membership months in Mexico or the Caribbean. Check out the plans by clicking here and give us a call at 800-475-9633 if you have a question!