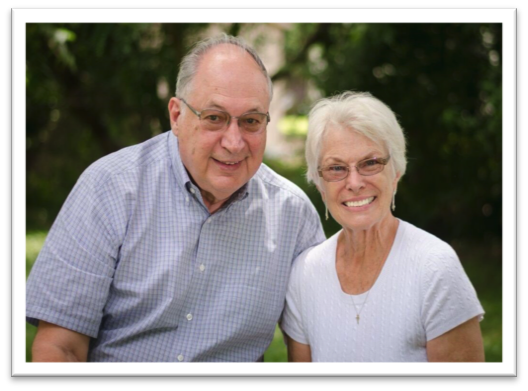 My wife, Verlene, and I were spending our fourth winter in Central Florida with friends from the Illinois/Missouri area. One week later, during a game of cards, Verlene said she felt dizzy. A half-hour later she was vomiting, had diarrhea, and we thought she was getting a stomach flu. She was in bed all day Thursday. Friday morning she was up and her speech was good, but later that same morning she had trouble finding common items and when she spoke to me, I had no idea what she was trying to say. A neighbor observed her and told me to take her to Urgent Care and Verlene willingly put on her shoes and followed me out the door. The Urgent Care doctor asker her two questions and told us to get her to a hospital immediately.

We took her to Winter Haven Hospital and the ER doctors thought she’d had a stroke and admitted her with a UTI because of her high white blood count. After two MRIs the hospital neurologist and infectious disease doctors agreed she had acquired Herpes Simplex Encephalitis in the left frontal lobe of her brain. Sunday night they called to tell me they were moving Verlene to ICU. I went back to the hospital and the neurologist cautioned me that it may take her weeks or months to come out of this. My son from Finland flew in Tuesday and Tuesday night we almost lost her.

Sunday morning the nurse met us at the ICU door and said, “You’re not going to believe it.” Verlene was sitting up in bed looking at me and by that afternoon they removed the respiratory and feeding tubes. By Thursday, she was in a normal room and the doctors wanted to move her to a rehab center in Winter Haven by Monday, but Medicare requirements state that if a patient is receiving necessary treatment at a facility, any movement by the patient, family, caregiver, or medical staff to another location for treatment, Medicare will not pay for it. My son, Ron, felt it was best that if she left the hospital we wanted to take her home for rehab and that’s when Ron called SkyMed and spoke to Jim. By Monday morning Verlene was taken to Winter Haven Airport, boarded onto a medical jet with two nurses, and flown home to St. Louis within two hours.

Miracle after miracle! SkyMed paid to fly our son, Ron, down to be with us and flew my youngest son, Keith, down to help drive the RV home and gave us money for fuel, food and motel expenses. Verlene originally wanted to purchase SkyMed only for me, but we decided to purchase it for both of us and we’re so thankful we did! What SkyMed did for us was over and above anything we could ever ask for and I will speak highly of them for a long time. Today, Verlene’s speech is still challenging for us to understand, but physically she’s okay, and we’re going camping for the first time this week!