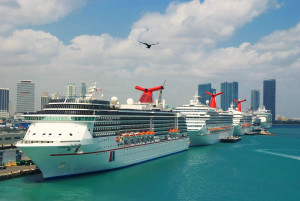 You may have read the recent headline “Cruise after woman suffers injury from a Champagne cork”—or not: the gist of the article was that a passenger on board got hit by a flying Champagne cork and had to be taken off the ship by an emergency crew and taken to the hospital.

Yep, you read right: a flying Champagne Cork. And it happened just as the ship was leaving port in Florida. Fortunately, some would say, she was still in Miami, but what if she wasn’t from Florida (as could very well be the case)?

What if she was from Wisconsin? Or Hawaii? Or South Dakota? The thing is: what if she had an emergency of this type and was out-of-network? We’ll let you sit and imagine the cost for just a few seconds.

And what would happen if the ship was already on an exotic island in the middle of the Caribbean? What then?

Truth is, the answer to all of those questions would be “no problem,” if—and only if—the guest in question had in her wallet a membership number for an emergency medical travel membership such as SkyMed. We don’t know the extent off her injuries—but the possibility of losing an eye seemed a possibility—but in case of a critical injury or illness, being in your home hospital within your home network sounds way better than, well, any other scenario we can think of.

Accidents like these are never planned and it certainly would be the last thing on your mind when celebrating the first day of a fabulous cruise. But it happened to her and you know what they say: it’s better to have it and not need it, than need it and not have it!

Ready to put SkyMed in your wallet?

With a background that includes stints on the mastheads of an eclectic collection of Spanish- and English-language magazines, Lydia continues to indulge her love of writing and travel as Strategic Content/Social Media Manager for SkyMed International.